When will we have gender equality? Adolescents and young people of Latin America and the Caribbean demand equality

Santiago, Chile – January 28/2020: Within a few days, the 14 th Regional Conference about the Women of Latin America and the Caribbean (LAC), agencies of the United Nations System facilitated a space for Consultants of Adolescents and Youth, in the face of the commemoration of the Beijing +25 Action Platform. This event marks a global precedent, LAC being the first region in considering adolescents as part of the regional process of youth consultation. The results of this meeting will be presented in the Gender Equality Forums, which will take place in Mexico during the month of May and in France during the middle of the year, in the month of July.

In the Chilean capital and representing the whole region, they gave an opportunity to more than 60 adolescents and young people, who belong to civil society organizations that work in favor of gender equality, the rights of young girls, adolescents and women; sexual reproductive health including the rights of the LGBTI community and the prevention of HIV, to contribute to the revision process of the Beijing Action Platform.

Floridalma López Atz, an adolescent representing the Guatemalan Parliament for Girl and Adolescents, spoke of her work with the Counsel of the Youth “We are spokespeople of many girls, adolescents, young people and women, who are silenced or are made invisible; we have come willing to contribute and provide key action to a route to equality. We salute this space for an opportunity to construct, share and idealize actions that will drive us to a more just world.” 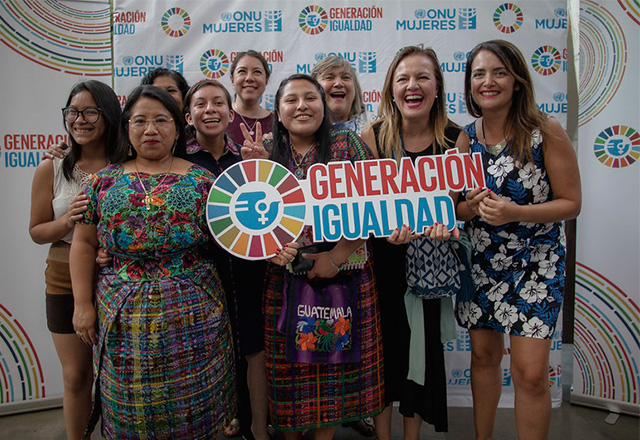 María Noel Vaeza, Regional Director of UN Women, emphasized that “it is the first time that a forum presents to the Regional Conference about Women the worries, challenges and opportunities that the adolescent boys and girls and young people what they want to transmit to the governments, a single meeting in which they define the panorama of public policies in relation to the theme of gender.”

In her part, Mariella Mazzotti, director of the National Institute of Women (INMUJERES) of Uruguay and the current president of the Director’s Table of the Regional Conference about Women, pointed out that “the fight for equality implies that in the reality we live in is equal in rights every day.”

For the Regional Director of UNAIDS, César Núñez, the sociopolitical panorama of Latin America and the Caribbean has changed en the last five years, suggesting a revision from the perspective of equality. “From UNAIDS we see in you all a youth that can lead this change that we still need. The response to HIV is part of the 2030 Agenda and the Beijing+25 Action Platform, and it is a topic we still have profound challenges.” 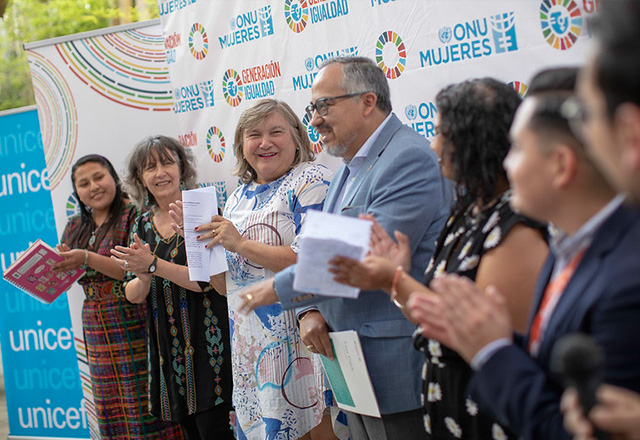 As Regional Advisor of Gender for UNICEF, Shelly Abdool emphasized that the future and the achievement of gender equality is in the hand of adolescent girls and boys, which is why they must be in the discussions and make decisions for the present. “We are in a critical moment for gender equality for the region. Following UNICEF, we are driving feminist intergenerational dialogues to find solutions together with the voices of adolescent girls and boys. The agenda for girls until now has been written without their participation. Now we have the opportunity to change this process.”

Andrés Allán Osorio, Specialist in Youth for the United Nations Population Fund, emphasized that “many of the huge mobilizations that have been in the region have been lead by adolescents and young people, it generates a demand from us to guarantee and amplify the safe spaces so that more adolescents and young people involve themselves in spaces of decision making and political participation, counting on the support from the United Nations System.”

Shayanne Dena, from Belize, vice president of the Advisor Group of Youth for the United Nations Population Fund, encouraged the participants to persevere in the search for gender equality. “Do not let change intimidate you all! You all have the control, take a stand, raise your voice and fight for what you believe in.” 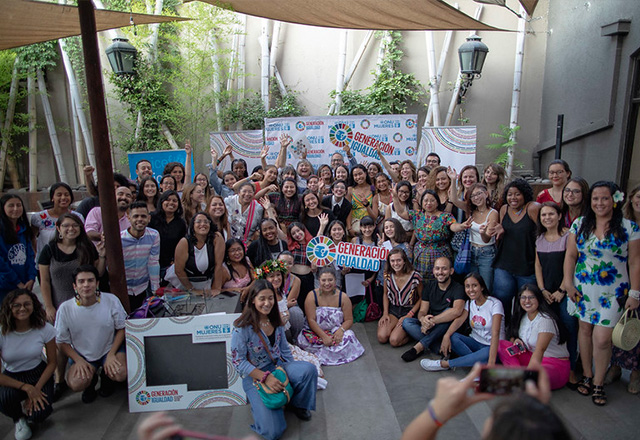 The Regional Conference of Adolescence and Youth to Beijing+24 will put the emphasis on the forms of bringing the commitments to actions, following the inclusion of the agenda of adolescents and young people of Latin America and the Caribbean for the advancement in the compliance of the Beijing +25 Action Platform, the 2030 Agenda and the Montevideo Strategy, guaranteeing that the voices, perspectives and leadership of adolescents and young people remain included in the following agendas to achieve gender equality.

The conference as well has a digital media component in which it amplifies its reach, permitting a larger participation of adolescents and young people, that permit the obtained results through this digital platform, which adds strength to the in person consultants, which will be presented during the 14th Regional Conference about Women in Latin America and the Caribbean, the Beijing+25 Global Forum, the same as in the spaces of Generation Equality.