Migration and HIV: let’s not forget those who are being left behind

During the month of December, World Aids Day (1 st ) and International Migrants Day (18 th ) are commemorated. Both these days prompt us to draw attention to the situation of mixed flows leaving Venezuela, and which represent the greatest mobilization of people in the history of Latin America and the Caribbean: there are over 4.8 million Venezuelan migrants and refugees in the world, out of which 3.9 million have relocated to countries in the region.

The reasons for this mobilization are diverse, however those related to health care, including living with HIV/aids, stand out. These are people seeking access to antiretroviral treatment and health services which would guarantee their life. Many of the people living with HIV are women, young people and girls, who represent one of the most vulnerable groups in mobility contexts.

Although legal frameworks stipulate that migrants and refugees have equal rights, the mixed flow of people proceeding from Venezuela has exceeded national capacities, this has prevented a timely and efficient response. This mobilization, along with the limitations to regularize migratory statuses and poverty conditions, interfere, for example, in the access to health services and treatment. In the case of migrants and refugees living with HIV, this situation is particularly serious, because the lack of antiretroviral treatment, discontinuity of treatment, adherence problems and shortage of available information could put their life at risk and change the course of the epidemic in the region.

This is the case of Iva J., who at 23 years of age, left San Francisco, Zulia (Venezuela) pregnant and with her 2 kids, after the death of her husband from aids-related causes.

“He started feeling ill and losing weight and his condition was worsening. Everything he ate disagreed with him and he kept getting worse …. until he died when I was 5 months pregnant with my baby girl”, said Iva.

Due to the lack of tests, diagnosis of HIV in Venezuela can only be carried out in private services. When people cannot cover this expense, it’s impossible for them to know their serological condition. Iva never found out if she was also living with HIV. Her sister, who’s been residing in Ocaña (Colombia) since 2018, asked her to move in with her after she heard of her brother-in-law’s death.

“I figured that if he died of aids, she was also sick, so I told her to come live with me so she could start taking the medicine…” said Iva’s sister. She continued saying “... the problem is that she travelled by car while pregnant and with both her kids, so the birth came early and when she had the baby they didn’t test her for HIV to see if she also had the virus, so she birthed and breastfed the baby”.

“We don’t know how the baby got sick, if it was when she was born, or when she was breastfed. The thing is, no one told her she couldn’t breastfeed her…”, she added.

Mother-to-child transmission is preventable, but lack of information and limits to the access of health services for migrants and refugees in the transit and host countries are still a barrier that contribute to vulnerability and prevent social, cultural and economic integration. 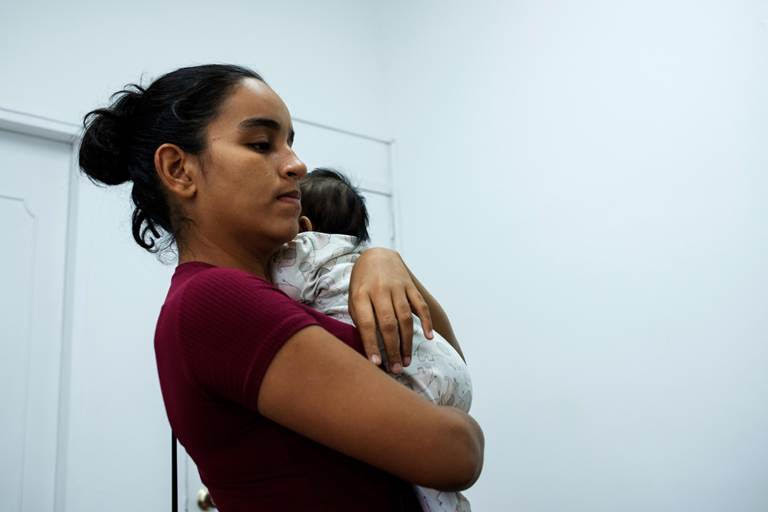 It is estimated that in 2018, 76% of pregnant women living with HIV in Latin America and 86% in the Caribbean received antiretroviral therapy to prevent mother-to-child transmission. This is great news, however, there are many migrant and refugee women who can’t access services due to their migratory status, which impedes them from receiving treatment during pregnancy.

For this reason, mother-to-child transmission continues to be a challenge, especially for the states that limit access to health services depending on the migratory status, because this has direct consequences on the life of migrant and refugee women living with HIV, and who are pregnant. Our region needs to work on public policies focused on increasing the availability of HIV treatment, which would not only benefit refugees and migrants, but also the host countries, contributing to reaching the 95-95-95 accelerated action goals, and ending aids by 2030.

In the case of Iva, a woman with greater vulnerability because of her HIV status, a widow and a migrant in charge of caring for her 3 kids, she reminds us we are not reaching all the people in need, and it is imperative we aim more efficiently to reach those being left behind.

Since 2010, the number of annual deaths related to aids was reduced by over one third across the world, changing from 1.2 million to 770 000 deaths in 2018, thanks to the access to health services and medicine that allowed people living with HIV to have a better quality of life. Today, this must include migrants and refugees, so that nobody is to die of aid-related causes, especially if they’re women or girls.

Hope is in communities that  make the difference

Where governments don’t provide opportunistic responses, the mobilization capacity of community organizations is key. This year’s theme of World Aids Day “Communities make the difference” highlights the essential work society carries out in response to HIV. 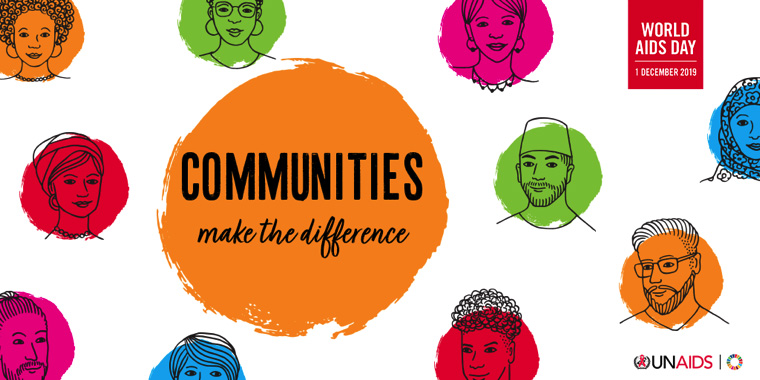 This is the case of the organization AHF-Colombia, which cares for migrants and refugees proceeding from Venezuela and who, like Iva, don’t have access to health services. Already living in Colombia, after her migration from Venezuela, Iva receives treatment in AHF and accesses viral load tests. Her 3-month-old daughter receives formula. 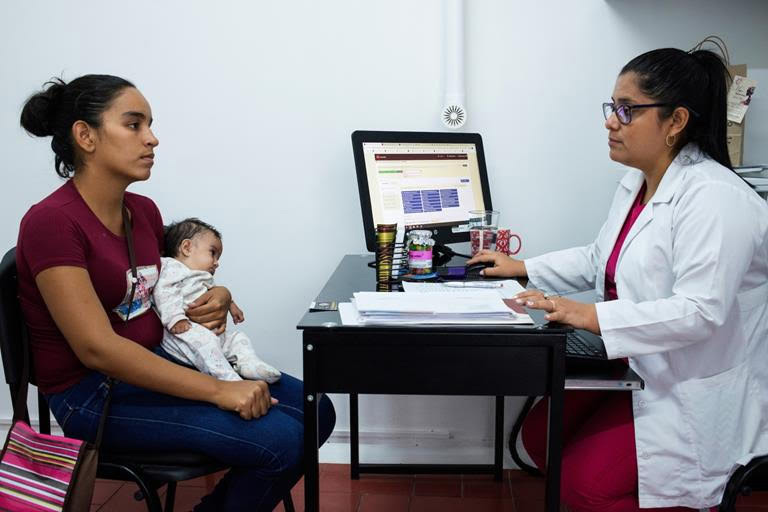 For its part, the theme of International Migrant Day this year is “We together”, which calls for diversity and integration, and includes all participating actors and political agendas, so that the human rights of migrants and refugees living with HIV are respected, and decision-makers and reinforcers assume their responsibilities, guaranteeing the access of migrants and refugees to health services, their rights, and practice of their capacities and opportunities in the countries they have integrated into.

Migrants and refugees face transversal vulnerabilities to HIV, and barriers that prevent them from accessing health care. This demands a transborder and interinstitutional response. Governments, civil society organizations and communities, backed by the Joint United Nations Programme on HIV/aids (UNAIDS) and other United Nations agencies, work in countries across the region to address these vulnerabilities, ensure the right of health for all migrants and refugees, and end the aids epidemic.

The Joint United Nations Program on HIV/AIDS (UNAIDS) leads and inspires the world to realize its global goal of zero new HIV infections, zero discrimination and zero AIDS-related deaths. UNAIDS joins the efforts of 11 United Nations organizations (UNHCR, UNICEF, WFP, UNDP, UNFPA, UNODC, UN Women, ILO, UNESCO, WHO and World Bank) and works closely with global and national partners to end the AIDS epidemic by 2030 as part of the Sustainable Development Goals. Learn more at unaids.org and connect with us through Facebook, Twitter, Instagram and YouTube.