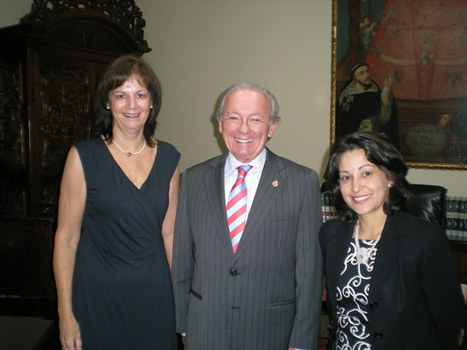 The Constitutional Tribunal of Peru is amending an article in its penal code which for many years had criminalized consensual sexual activity among young people. Sentencing was particularly severe with adolescents facing up to 30 years in prison. Article 173 of the penal code was also preventing young people from accessing essential health and reproductive services for fear of prosecution.

Under the revised penal code young people between the age of 14 and 18 years old will be able to exercise their sexual and reproductive rights providing the two parties are consenting. Non-consensual sexual relations will still constitute a crime in Peru with lengthy sentencing for people found guilty.

"The Constitutional Tribunal ruling generates a protective effect in relation to adolescents, because it provides them with greater access to sexual and reproductive health services as well as guidance and information to avoid sexually transmitted infections, including HIV," said Mima Barnechea from the United Nations Population Fund (UNFPA).

In 2012, UNFPA and UNAIDS presented a formal request before the Constitutional Tribunal advocating for the declaration of unconstitutionality of Article 173. This process was part of a wider effort particularly from the Office of Peru's Ombudsman, Eduardo Vega Luna as well as legal demands presented before the Tribunal by more than 10 000 Peruvian citizens.

"UNAIDS welcomes the Constitutional Tribunal's decision and congratulates the magistrates for their determination to protect adolescents' human rights," said UNAIDS Coordinator for Peru and Bolivia, Regina Castillo. "The Tribunal's decision reinforces young people's right to make decisions regarding their health and sexuality and the need to construct policies and programmes that recognize young people as active actors of change."

According to a National Demography and Health Survey of 2011 a large percentage of Peruvians initiate sexual relations before the age of 18. More than 12% of female adolescents (ages between 15 and 19) have been pregnant at least once.

"This decision is a milestone that sets the basis for plans and programs at national level to prevent teen pregnancy and reduce sexually transmitted infections including HIV and maternal mortality," said Carlos Tacuri Calderon, youth activist in Peru and member of INPPARES.

UNAIDS estimates that around 74 000 people are living with HIV in Peru of which approximately half became infected before the age of 20. This situation stresses the need to raise awareness on HIV and its modes of transmission among teenagers. In December 2012, the Ministry of Health in collaboration with UNAIDS and other partners launched the campaign "take an HIV test––it's better to know" which aimed to reach young men with key HIV prevention messages and provided free HIV tests.