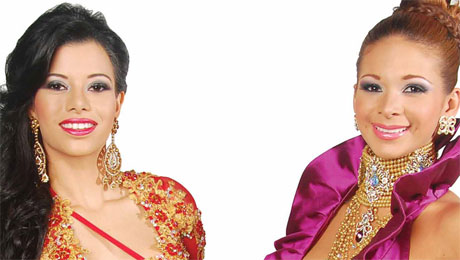 To raise awareness on HIV prevention and empower young women, UNAIDS partnered with Panamanian Carnival Boards of "Calle Arriba" and "Calle Abajo", national institutions in charge of plan and coordinate activities related to this festivity, the National AIDS Programme, and civil society organization PROBIDSIDA to launch the national campaign entitled "I decide, I care".

The campaign, this year at its third edition, features the Carnival Queens, famous personalities who represent opposite neighbourhoods as part of the Panamanian Carnival celebration and popular tradition. The aim of the campaign is to reduce gender inequality empowering women and promoting their rights to take informed decisions in relation to their sexual and reproductive health and well-being, especially regarding HIV prevention.

Gender inequality is a major driving force behind the lack of reproductive and sexual rights of women. "If we want that no more women get infected with HIV in Panama we need to join efforts at all levels, including institutions, civil society organizations and international agencies. This is why we decided to endorse this initiative" informs Pilar De Amores, Legal Representative of "Calle Arriba" Carnival Board.

In the last decade in Panama the number of new HIV infections increased in young women. In 2011, in young people aged from 15 to 19 years, 53 new HIV cases were reported in girls, an important increase compared to 10 new infections reported in 2001. In 2011 36 young women were diagnosed with HIV, out of a total of 73 new infections reported among people aged 19-24. Besides, according to the National Survey of Sexual and Reproductive Health held in Panama in 2009 and 2010 a very low percentage of women (only 9%) uses condoms as a preventive measure during sex.

"Gender inequalities affect women´s power to insist on and negotiate safe sex practices like condom use, and thus protect themselves from HIV" explains Ricardo Garcia, UNAIDS Country Coordinator for Panama and Costa Rica. "In order to increase the recognition of women as having sexual rights and capable of exercising them, we created this campaign which is conceptualized within UNAIDS action framework on women, girls, gender equity and HIV".

The campaign includes the production of television spots, broadcasted in mayor national channels during all February, and print advertisements distributed in schools, public and private institutions and on the streets during the celebration of the Carnival across all the country. In the campaign material, the Carnival queens feature in traditional dresses calling on Panamanian young women to take the lead and protect themselves from HIV. As part of the campaign, the Queens received special training on issues related to HIV and gender inequalities, in order to participate in public events and media programmes endorsing the campaign.

"I feel extremely accomplished to be part of this project" explains Maruquel Madeleine González Velásquez, Queen of "Calle Arriba". "Young people need education on how to prevent HIV. Especially women need to access information, education, services and technologies and strengthen skills to have control over our body and negotiate use of condom with our partner" she continues.